The technology got a boost this week from Microsoft. The company introduced the HoloLens 2, an update on its mixed-reality headset that it calls the “ultimate intelligent edge device.” 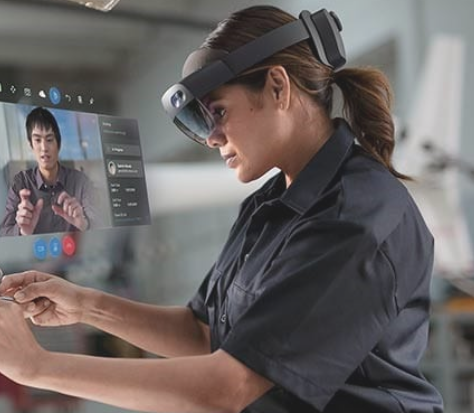 The new HoloLens 2 won’t come cheap. When the headset ships later this year in the U.S. and 9 other countries, its retail price will start at $3,500. That’s slightly more than the original HoloLens, introduced by Microsoft in 2016, which retailed for about $3K.

But for that money, Microsoft has enhanced the HoloLens 2 in three areas it says customers have requested:

> More immersive: The field of view has been more than doubled, thanks to a new display system. Also, holograms can be directly manipulated, including with movements of the eye.

> More comfortable: The headset’s balance has been improved, in part thanks to the use of a light carbon-fiber material. There’s also a new device for putting on the device without needing a readjustment.

The headset also stays cooler and more comfortable, thanks to the addition of vapor channel tech. And the visor flips up and down, so the user can toggle between mixed reality and the real-world without having to remove the entire headset.

To help with the financing, Microsoft is also offering a bundle that combines the new HoloLens 2 headset with Dynamics 365 Remote Assist. It will be available starting at $125 a month.

If you or your customers are eager to buy and try, the HoloLens 2 can be pre-ordered from Microsoft now.

Microsoft, with its new HoloLens 2 and associated apps, is helping make mixed reality a valuable tool for the real world.

And that’s not fiction, that’s a fact.