The popular USB standard — the U doesn’t stand for “ubiquitous,” but it might as well — is about to get a whole lot faster. Twice as fast, to be exact, with the new USB4 protocol pre-announced today.

The USB Promoter Group, an industry-led body that developers USB specs, says the USB 4 protocol doubles the bandwidth of USB. It will also enable multiple, simultaneous data and display protocols.

In other words, a PC will be able to use a single high-speed link to dynamically share multiple device types, such as SSD storage, graphics processors and high-resolution displays. 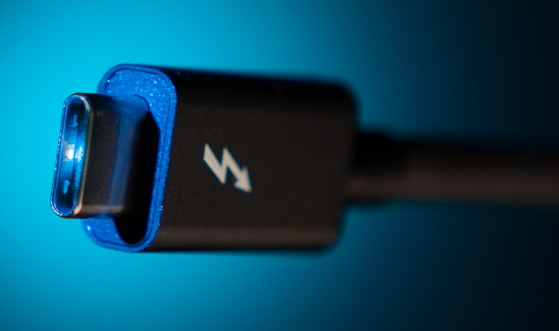 For now, USB4 is only a “pending release.” The Promoter Group expects final publication by mid-year. More than 50 companies are said to be now helping with a review of the final spec.

At the same time USB4 is published, an updated release of the USB-C spec is also expected. It will let the C standard “comprehend” USB4 bus discovery, configuration and performance requirements.

USB4 is based on Intel’s Thunderbolt protocol. In fact, Intel is now letting other chipmakers build Thunderbolt-compatible silicon, royalty-free.

Thunderbolt 3, the latest version, moves data at up to 40 Gbps when using active cables. That’s the promised speed of the new USB4 protocol, too.

More than 400 PC models and 450 devices from a wide range of suppliers work with Thunderbolt 3, according to Intel. These include devices running on Windows 10, macOS and Linux.

Do your customers long to bolster thin PCs with additional SSD storage, external graphics processors and ultra-HD displays? With the new USB4 protocol, it should get a whole lot simpler and faster.